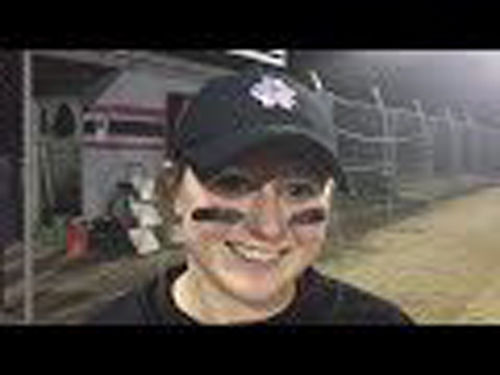 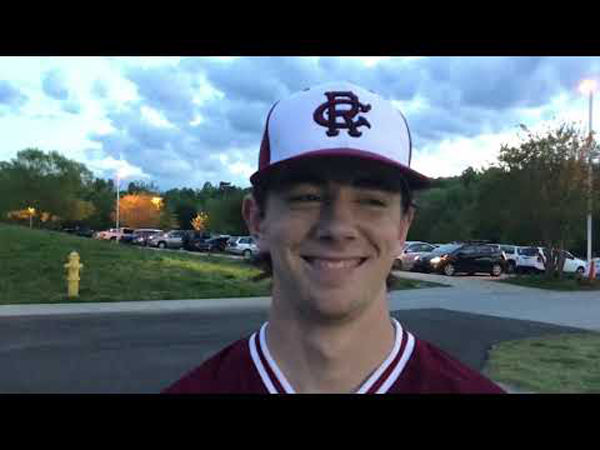 The Cedar Ridge softball team was expected to be full of offensive fireworks this season, and they didn’t disappoint.

Even the biggest optimist couldn’t have predicted the improvement from senior centerfielder Taylor Ruhl, who led the team with a .596 batting average. Last season, she hit .375.

Ruhl, who was the leadoff hitter for head coach Allen Byrd, led the team with 53 hits and 48 runs scored, and tied for the team lead with three triples.

Ruhl was named the Big 8 Hitter of the Year for a Cedar Ridge team that won a school-record 21 games.

In the season opener against Bartlett Yancey on February 28, Ruhl went 2-for-2 with two RBIs and three runs scored as the Red Wolves rallied from an early 6-0 deficit to win 19-7. In the following game against Cardinal Gibbons, Ruhl went 3-for-4, including her fifth career home run, in a 18-15 victory over the Crusaders in Raleigh.

Over the course of six games in mid-April, Ruhl went 13-for-20 at the plate with 12 RBIs. That included home runs in back-to-back games against Hillside.

Ruhl concludes her career after playing four years on the varsity level. She has a career batting average of .457 with 62 RBI, 19 doubles and nine home runs. She was a part of two Big 8 Conference Championships.

In his final start, Cedar Ridge defeated Northern Durham 4-3. It was Berger’s 22nd career victory, establishing a new school record. Berger clinched the 20th victory of his career on April 16 against Hillside.

Later in the spring, Berger formally signed with Division III William Peace University in Raleigh. Former head coach Jamie Athas drove in from Burlington to speak at the ceremony, which was organized by current Cedar Ridge coach Mitchell Frazier.

In four years as a varsity player, this season was Berger’s best offensively. He hit a career-best .381. Berger also led the team with 12 RBIs and eight doubles.

Berger will graduate next week having led the Red Wolves back to the state playoffs in 2017 and 2018. As a sophomore, he threw a three-hitter as Cedar Ridge defeated Nash Central for its first win in the 3A State Playoffs in over a decade.

In his sophomore and junior years, Berger combined to go 16-5 on the mound. In 26 career starts, he threw eight complete games. He was also the starting quarterback for the Cedar Ridge football team in 2017.