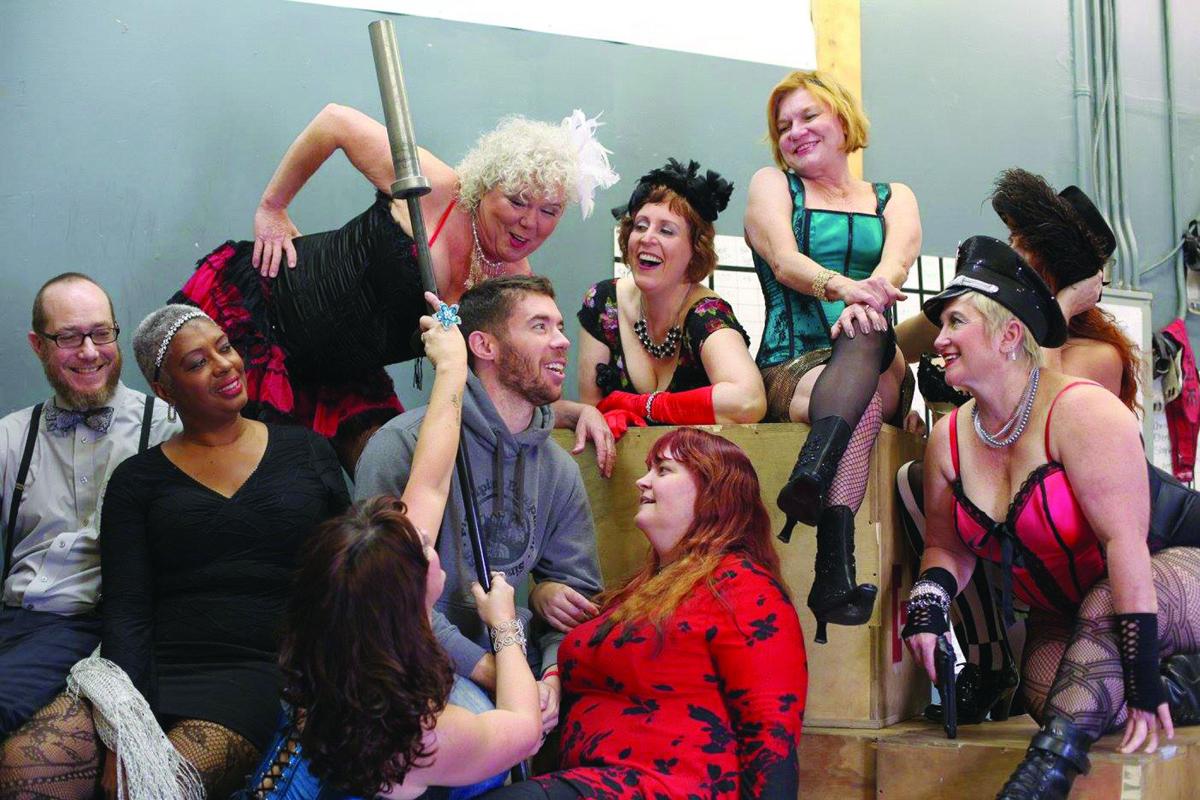 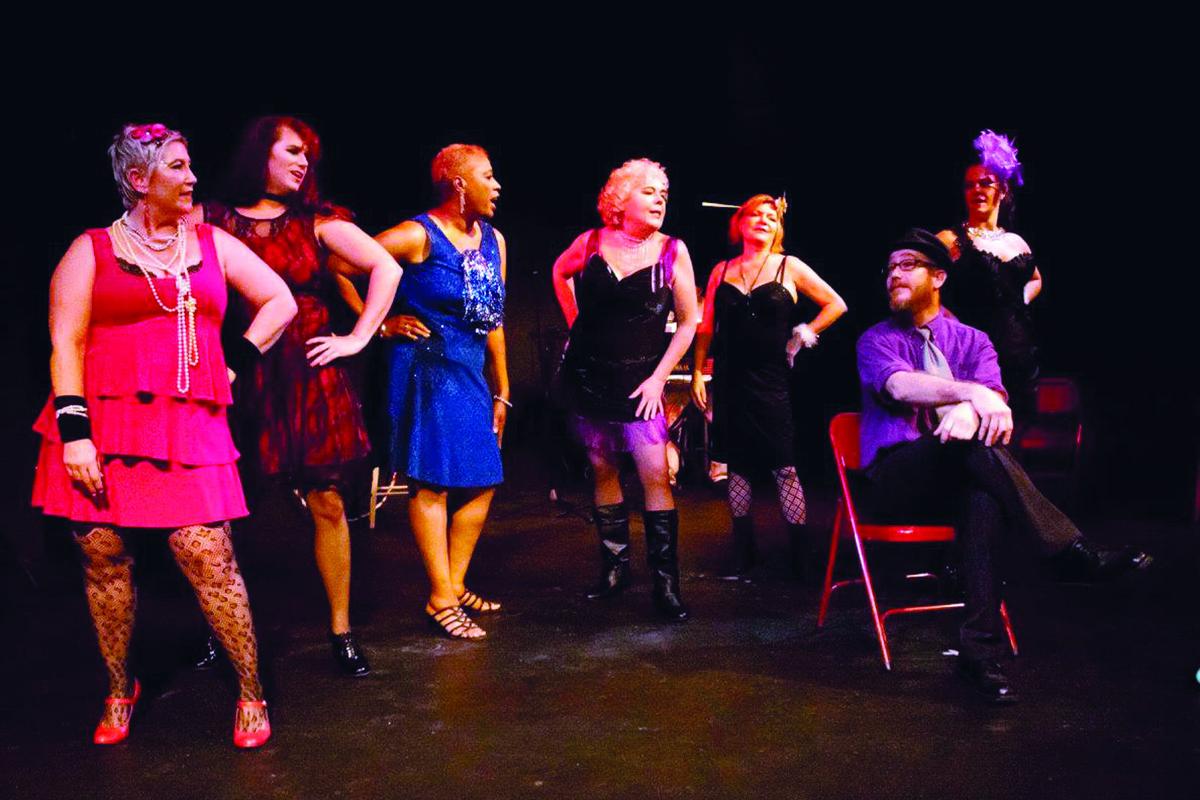 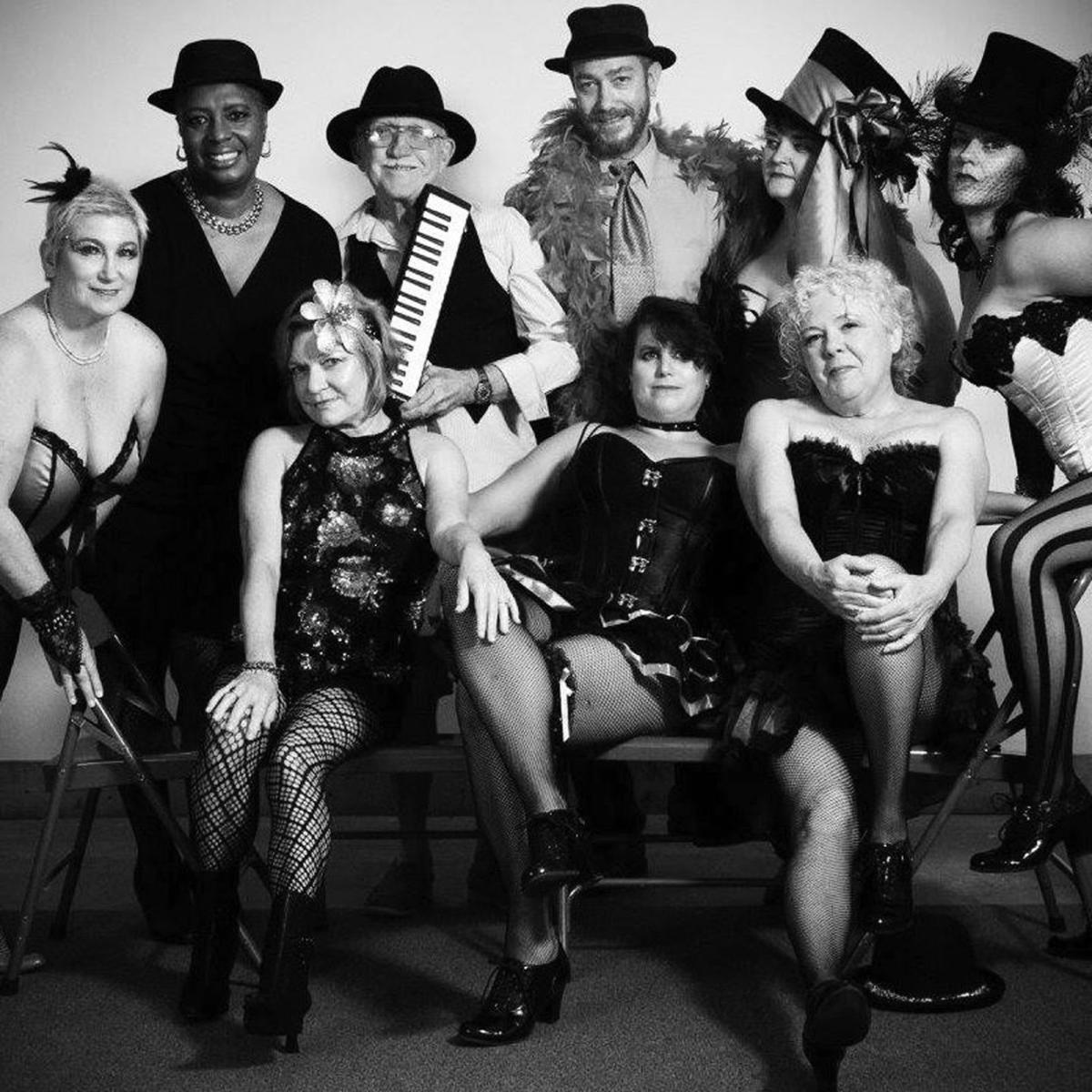 The ladies of The Bottom Line Burlesque and Comedy Troupe have a reputation that precedes them.

But in a good way, of course.

It’s not every day that one comes across a group of volunteer burlesque performers heralding a body-positive, ‘no judgment, just fun’ message, employing their show-stopping talents to benefit non-profit organizations in the community.

They pride themselves on being “the cleanest dirty fun you will ever have” and the repertoire of previous performances have been held in places as varied as senior centers to, Hallelujah, even churches.

Three of the founding members of the Troupe – Ruby Martini, Lottie LaRue, and Ella Vator, who requested to referred to be as their stage names – met with the News of Orange for a session of laughs and real talk, fully clad in pearl necklaces, fishnet tights, and lots of lace.

The Bottom Line Burlesque and Comedy Troupe, based in Hillsborough, is gearing up for “A Springtime Bottom Line: Moonlight Buds & Bloomers,” the year’s first performance, which will be held at the Common Ground Theater, 4815 B Hillsborough Road in Durham, on Saturday, March 19.

One of the core principles of The Bottom Line Burlesque and Comedy Troupe is being body-positive and confident in who you are at any age, size, or with any background.

That’s how the group teamed up early on with a non-profit organization who they share formative values with, the UNC Center for Excellence for Eating Disorders.

Ruby Martini, Founder and Creative Director of the Troupe, shared firsthand experience of how being in a performance arena made women insecure of their bodies.

“Back in the 80’s I danced with a cabaret troop and we were all very, extremely body-conscious,” Ruby said. “We were nimble eaters. Being around that environment in the dance world is not unusual. So, as we grow up and grow out and grow curvy and that kind of thing, we get a little more, I guess, concerned about the way we look to the public. I just thought that being grown people and having Burlesque attached to us, we needed to have a mission to help the community understand what we’re doing. We are not trying to be 22 years old.... What we are doing is redefining who we are, what we do, maybe rekindling talents that we’ve had and not used for a while.”

“One of the amazing things that I have seen is how a lot of people will come in and they’re terrified. They don’t know what to expect,” Ella said. “A lot of them are very shy to begin with. I think through the nurturing fill that we give these people and we let them do what they want at their own pace, they suddenly blossom…[It’s] a very nurturing environment - we all support each other, love each other.”

Lottie LaRue, Creative Manager, Juggler, Floor Dancer and Ensemble Performer, went on to tell a story of how one of their most recent member was timid during practices and has now completely evolved, surprising both husband and co-performers by fully delving into the Burlesque world and collecting new corsets for shows.

Embracing the roots of burlesque

For those unfamiliar with the vast history of the performance art, burlesque at its heart is an attitude and sultriness mixed in with playful humor.

“Burlesque was always the performers who had the low budgets, who didn’t quite make the cut, who weren’t quite there to go to the big theaters, they were always in the little dive-y dumps,” Ruby said. “That community sort of defined itself with that open looseness about it, without having a big sophisticated budget.”

The Bottom Line Burlesque and Comedy Troupe follows suit in the traditional style of burlesque by showcasing talents such as singing, dancing, juggling, baton twirling, plate spinning and of course, comedy.

“We’re based on the Vaudeville platform variety show,” Ruby said. “Vaudeville burlesque in itself was very comedic and satiric and it was never really a serious type of burlesque like ‘Oooh, get you some of this!’ It was more along the line of, ‘What do you think you see? What do you want to see, ‘cause you’re not seeing it, but I’m going to almost get there. I’m going to almost take you there, and then I’m leaving the stage.’ So it is very suspenseful as far as how far are we going to take it this time. And I think we really exemplify that with the burlesque edge of things, because we kind of push it a little bit if we get the chance.”

The Troupe has what they call varying degrees of “body-ness” and their shows are catered in this regard to their non-profit’s wishes.

“Our rating ranges from G, family friendly, up to R,” Ruby said.

“Do we have a G rating?” Lottie joked. “I guess the street show.”

It’s not all glitz and glam to be a burlesque performer – it takes a lot of time and energy to put on a great production.

“Just in the years we’ve been together, all of us have grown in many ways,” Ruby said. “Every show that we do, [people] come up to us and say, ‘I love what you’re doing, how can I get involved?’”

And the Troupe loves enthusiasm and knowing they’ve instilled confidence in somebody – but when many folks see what it takes, the commitment is a tough act.

Scheduling is one of the main barriers; the Troupe joked that they rarely enjoy a weekend off due to rehearsal every Sunday from 1 to 5 p.m. or having a show.

“It’s a heck of dedication that has to be made,” Ruby said.

People might have a fanciful idea about what money could be made at performances, but the Troupe said this is a passion they do for the love of it, not the income.

“One of the things is, we don’t get paid personally,” Ela said. “We pay for all of our own costumes, makeup – sometimes we do have people who will volunteer their time to help with those items, but it comes out of pocket.”

The Troupe members wear many production hats: it’s not uncommon to both juggle and pick up a sewing needle when necessary. Right now, there are nine members of the Troupe, and other members not interviewed include performers Honey GiGi, Alli Bout Eve, FiFi L’Amour, Carmella deVine, and Hottie Scottie as well as on the technical side, Amanda Holder, Pritty Pierre, Dikante Picante, Guilty McKilty. Amani Gavin and Alli Kat are volunteer makeup artists who will be helping out in the upcoming show.

“We’re a volunteer Troupe - that’s one thing I’m proud of for this Troupe is that we are volunteers,” Ruby said. “Everything that we bring in goes to a cause. And I think it helps for people to accept who we are and what we do and to see that under the sexy current, there’s some real good, benevolent things going on.”

The Troupe has been a part of some great fundraising feats – from guest bartending at the Hot Tin Roof to teaming up with Carlisle & Linny, a vintage jewelry store, for the grand reopening and simultaneous fundraiser for Orange Congregations in Missions.

And the momentum just keeps building – they’ve had packed crowds at Carolina Meadows retirement community and are in talks of benefiting organizations like Orange Habitat for Humanity and Benevolence Farm in Alamance County, which provides work for women leaving prison.

The Troupe has been coasting off the enormous success from their very first performance at The Depot, where they raised $12,000 for the UNC Center of Excellence in a two-hour street show.

Ruby talked about some of the ideas for future gigs, such as a burlesque night where people can come and learn about what it’s like and then perform at a Hillsborough establishment in front of friends and family.

In any case, the dream is to just keep on doing.

“I just want to see us perform more,” Ruby said. “I want to get aligned with more nonprofits, I want people to understand what we do. I think to me that is the key, having the community understand... so when we walk down the sidewalk, they won’t avert their eyes!”

The upcoming performance on Saturday, March 19, at the Common Ground Theater, an establishment that caters exclusively to local performers, isn’t teamed up with a non-profit but is a show just for fun. It’s a two-act show that Lottie said is “dense with numbers.” Tickets are $12 at the door and the show starts at 8 p.m. The Bottom Line Burlesque and Comedy Troupe can be reached on their Facebook page or by email at thebottomline@bellsouth.net.