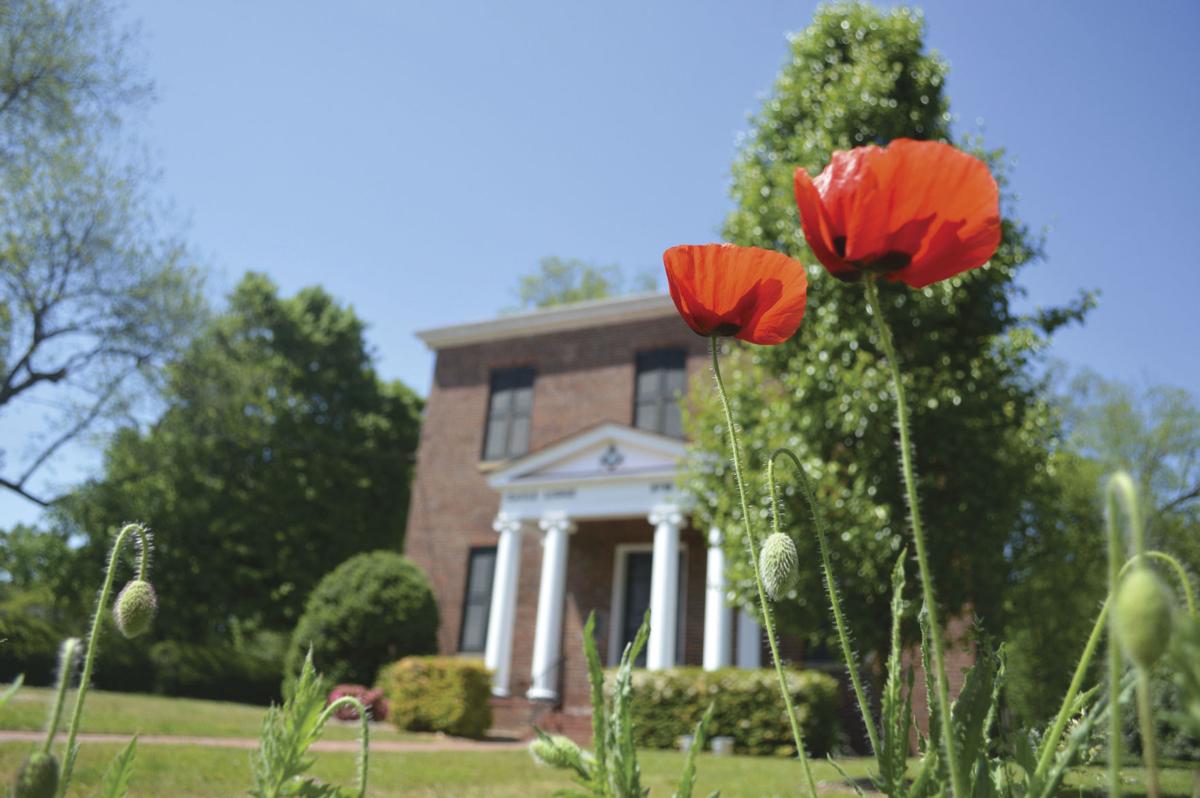 The Hillsborough Garden Club planted an array of poppies around town to honor WWI veterans and the 100th anniversary of the end of the war on November 11, 2018. These poppies are blooming in front of the Masonic Hall located on W King Street. 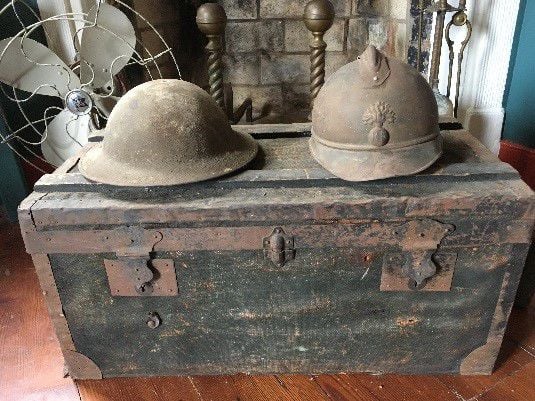 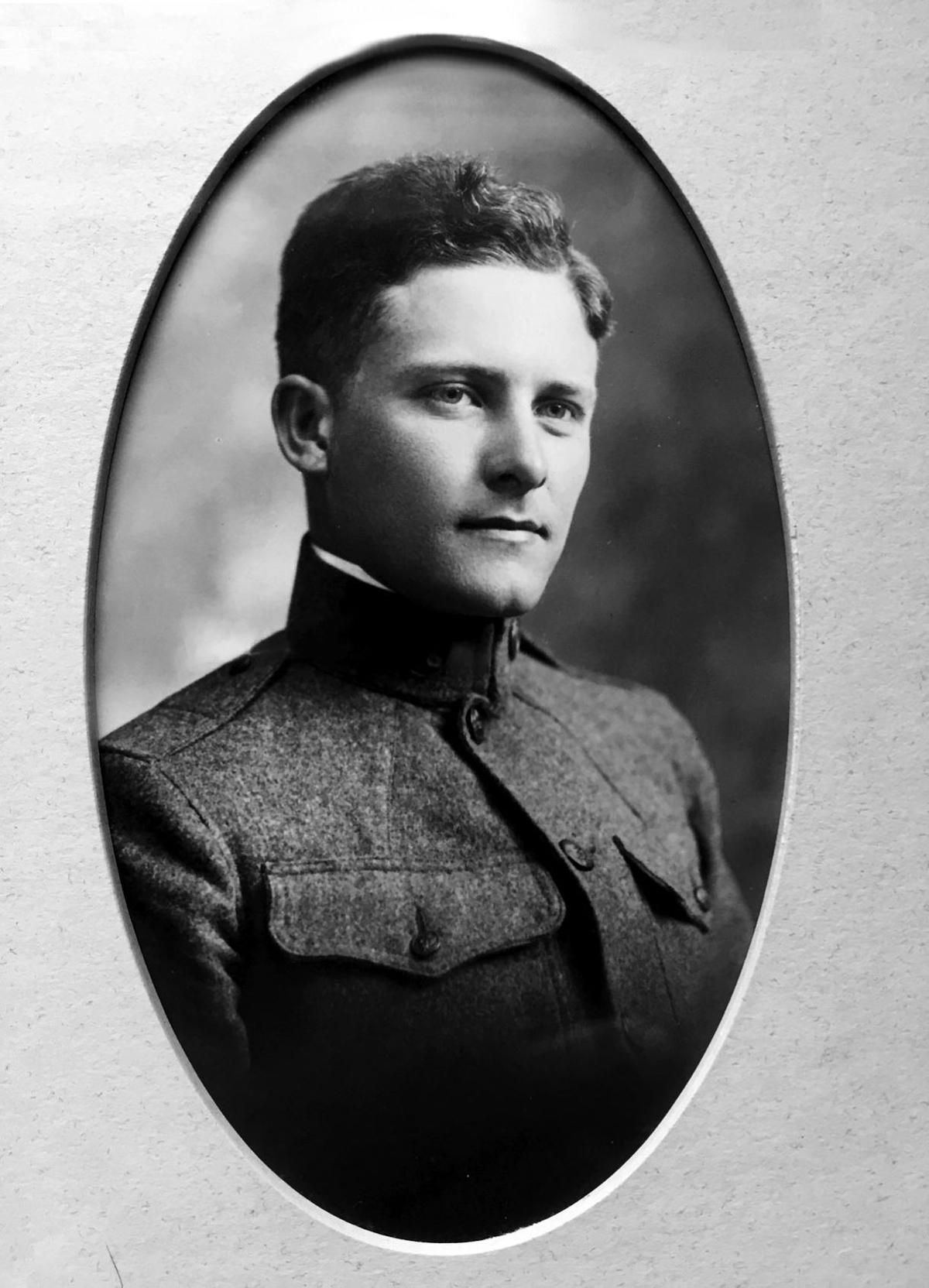 The Hillsborough Garden Club planted an array of poppies around town to honor WWI veterans and the 100th anniversary of the end of the war on November 11, 2018. These poppies are blooming in front of the Masonic Hall located on W King Street.

Henry Nylander was a cook; Ron Meadows prepared bodies for burial; Edward Draper-Savage drove an ambulance. Town attorney Sandy Graham fought with the 81st “Wildcat” Division. Ross Busch lost his life and was buried in Verdun. These are just a few of the histories of men who fought in World War I that are being spotlighted in a new exhibit that just opened at the Hillsborough Visitors Center (through June 6). Hillsborough Garden Club’s Poppy Project is an effort to raise awareness and honor the men and women who served in World War I. November 11, 2018 at 11 a.m. marks the 100th anniversary of the end of the war.

Letters home, uniforms, helmets, clothing, accessories, and other artifacts have been gathered for the exhibit, dubbed “The Living Room,” representing what Hillsborough might have looked like in 1918. A Victrola stands in one corner, next to a mannequin in a full WWI-era Army uniform. Across the room, another mannequin in a long white dress stands by a table where photos of loved ones are displayed. A treadle sewing machine sits in the corner, amidst piles of period cloth from the nearby Glencoe Mill. Photographs, enlistment documents, and framed war certificates hang from the walls of the room, along with posters highlighting the stories of several ancestors of Hillsborough residents who fought in the war. The materials in the exhibits have all been donated by residents and businesses and are of the period.

“In 1918, Hillsborough was a different place than we experience now,” said Binnie Davis, co-coordinator of the exhibit, which was started by the Hillsborough Garden Club last fall. “Horse and buggies shared the barely paved streets with a few Model Ts. In fact, the town pump was located in the middle of Churton Street.”

Davis and her co-chair Sherry Appel – both Hillsborough residents – said that the Garden Club originally planned only to plant poppies at public and private locations all over town and offered seeds for donations.

“Then we started thinking beyond that and met with the Alliance for Historic Hillsborough, the Orange County Historical Museum, and other organizations,” Appel said. “We just realized we wanted to do more and really show what it was like in that era – not only for the soldiers abroad but also for what it was like on the home front.”

Poppies planted by Garden Club members last fall are now blooming at the Town Cemetery, Eagle Lodge (Masonic Hall) on King Street and in private yards. More blooms are soon expected at the Visitors Center and at the Gold Park pollinator garden, off the Riverwalk. The Garden Club called the entire effort the Poppy Project because poppies have become an internationally recognized symbol of remembrance of what has been called the Great War. The legend is that after the war, poppies grew over the sites of some of the bloodiest battlefields in France.

The Visitors Center exhibit also includes copies of stereoscopic photos taken on the battlefield. The Orange County Historical Museum is currently exhibiting a larger display as part of the Poppy Project. The museum also donated several pieces from its collection for the Living Room.

“The stereoscopes really show what it was like on the battlefield and in the towns and cities across France and Belgium,” said Museum Interim Director Stephanie Pryor. “Our collection is exceptional and we are pleased to be able to show it as part of the overall project.” The stereoscopes will be on display at the museum through May.

In addition, Jessica A. Bandel, author of “North Carolina and the Great War, 1914 to 1918”, spoke at the Orange County Library as part of the project. The book contains stunning images and showcases the role that North Carolinians played in all aspects of the war using artifacts and private collections as well as the holding from the North Carolina Museum of History. Bandel is a research historian with the North Carolina Office of Archives and History.

Following Bandel’s talk, Davis and Appel took her on a tour of the Visitors Center exhibit, which Bandel said complemented many of the aspects of her book and the efforts of other institutions across the state that are honoring “the service and sacrifice of state citizens in the First World War during the centennial commemoration.

“The exhibit is the most thoughtful, well researched, and inclusive/ diverse World War I exhibit I have seen to date,” Bandel said of the “Living Room” exhibit. “Each soldier highlighted is treated with the utmost respect and care. The period living room arrangement transports visitors back in time, helping them to connect with the past in a way that is deeply personal and meaningful.

The “Poppy Project” was first initiated by the Garden Clubs in District 9, in conjunction with the North Carolina Department of Transportation, Garden Club of North Carolina, Daughters of the American Revolution, and Veterans Affairs. The Hillsborough Garden Club quickly became involved and, in Fall 2017 and early Spring 2018, club members planted poppies at public and private gardens around town.

Other displays are at the Orange County Public Library, and several businesses are displaying poppies in their windows. A town “bell ringing” is currently being planned to mark the official end of the war, at 11 a.m., on November 11, 2018.