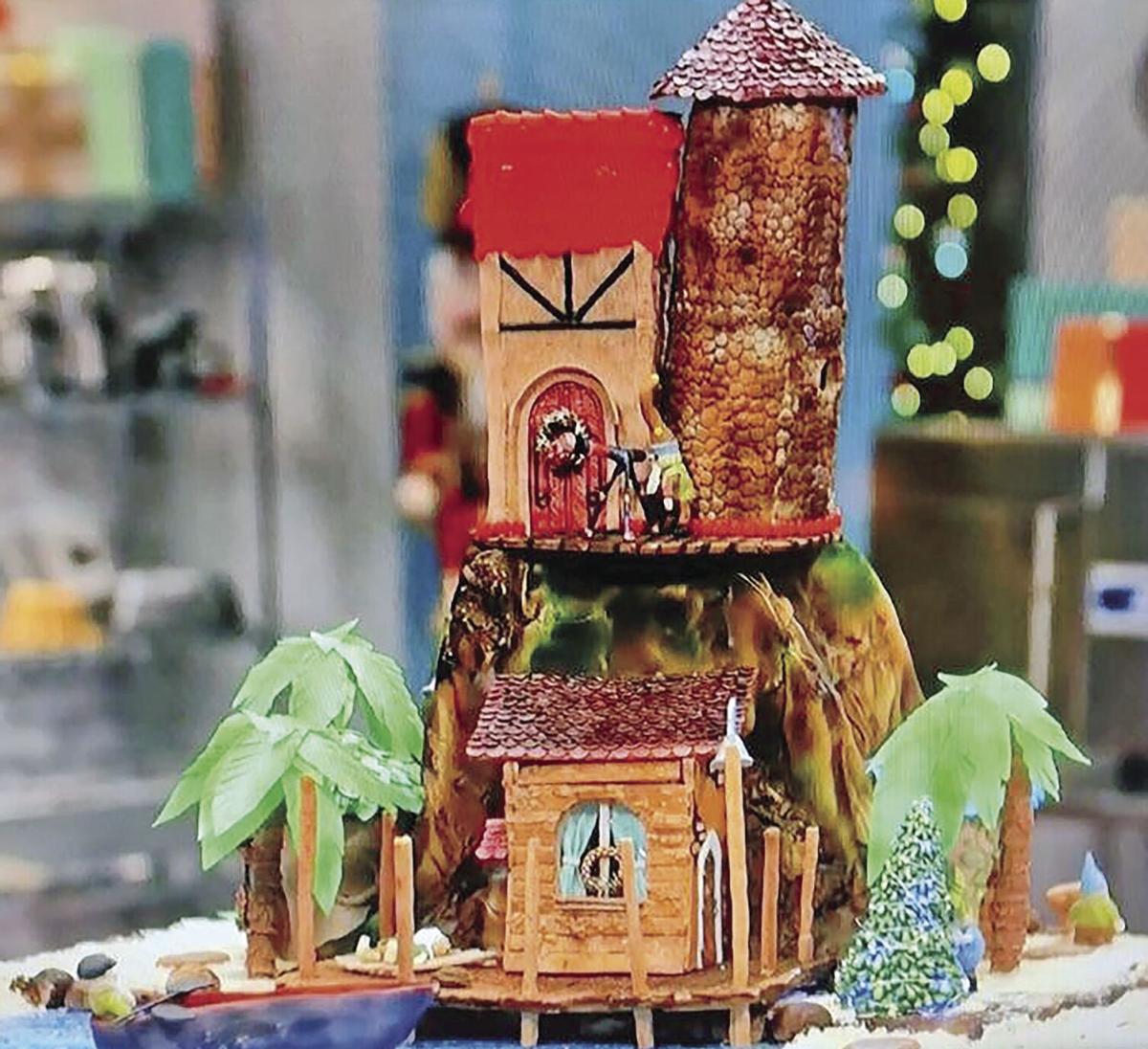 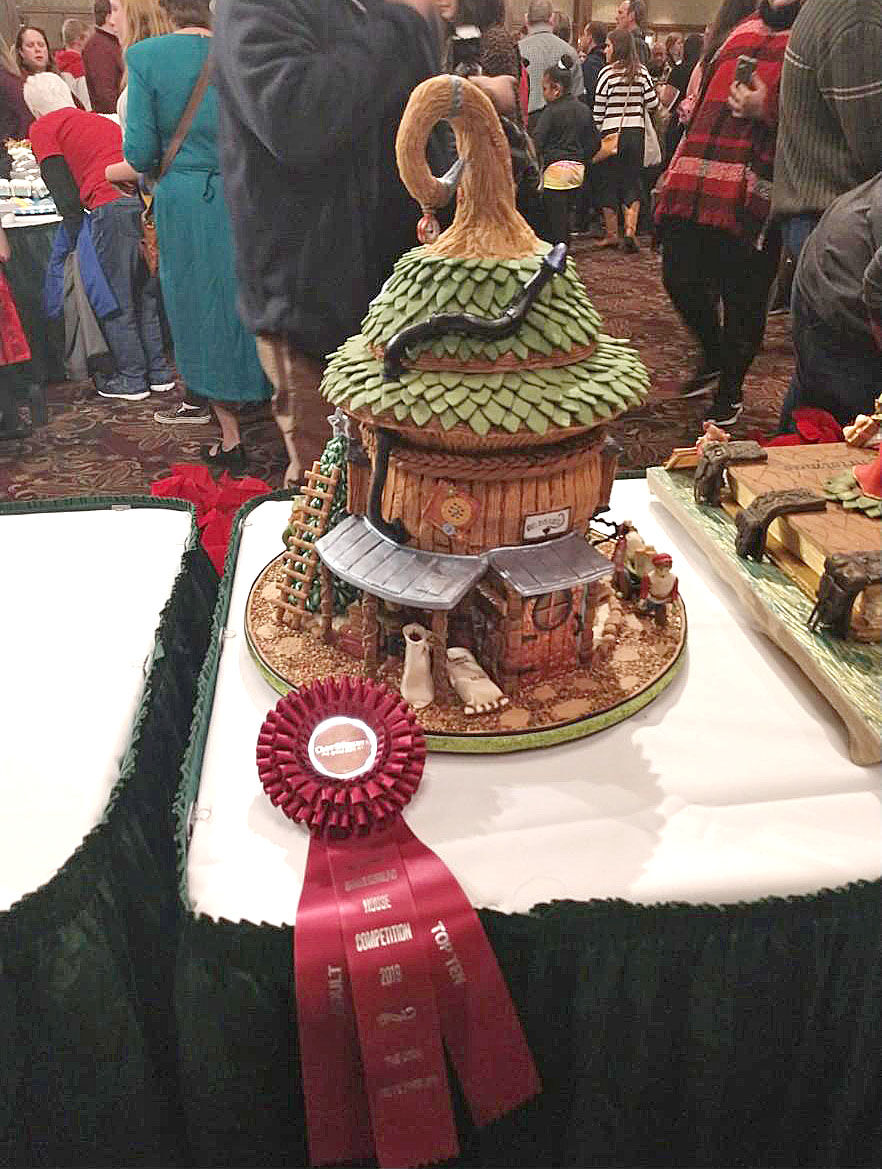 Jennifer Wilson's entry for the 2019 National Gingerbread competition. It qualified for the top 10. 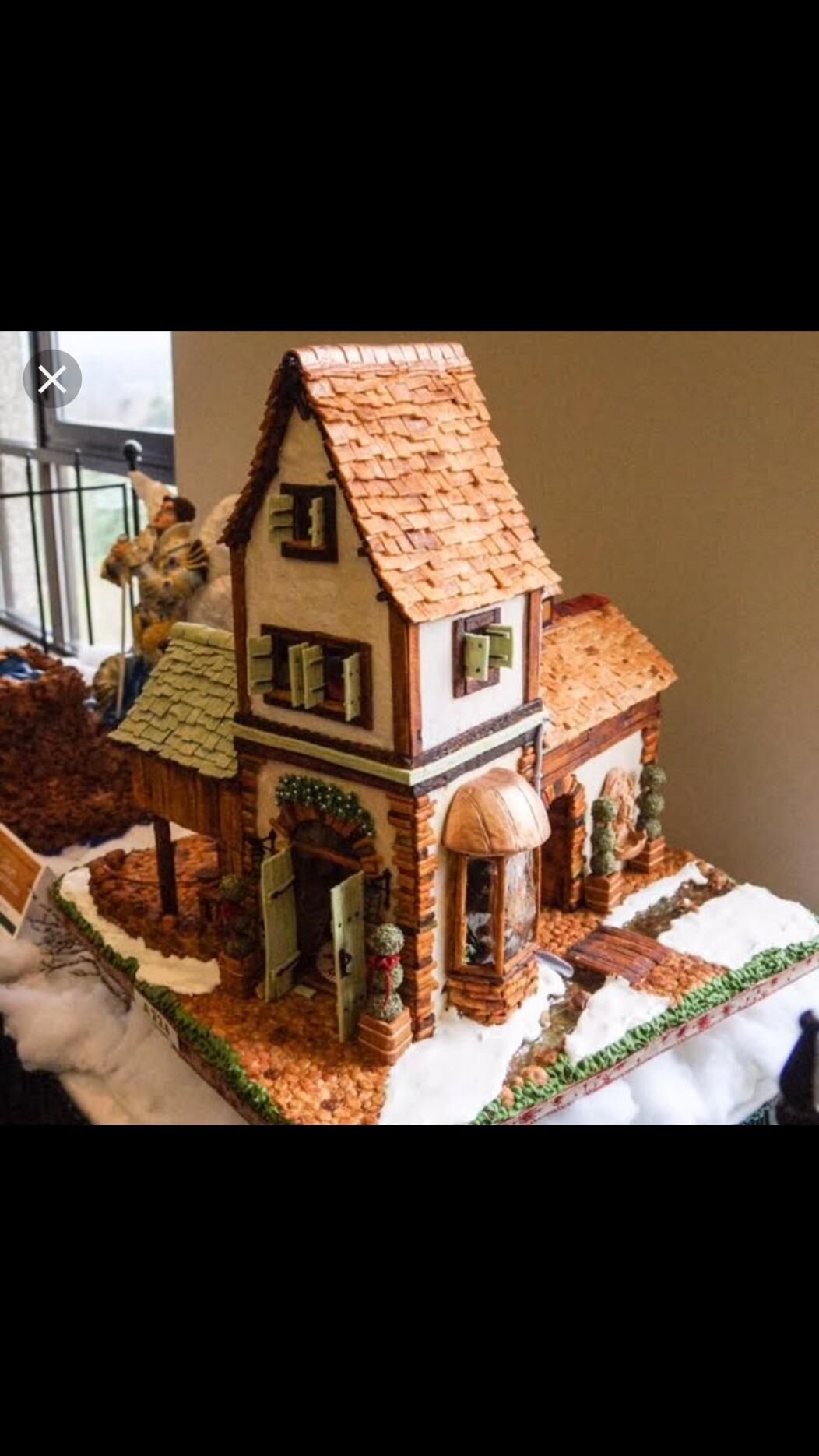 Jennifer Wilson’s entry for the 2016 National Gingerbread competition. It qualified for the top 10. 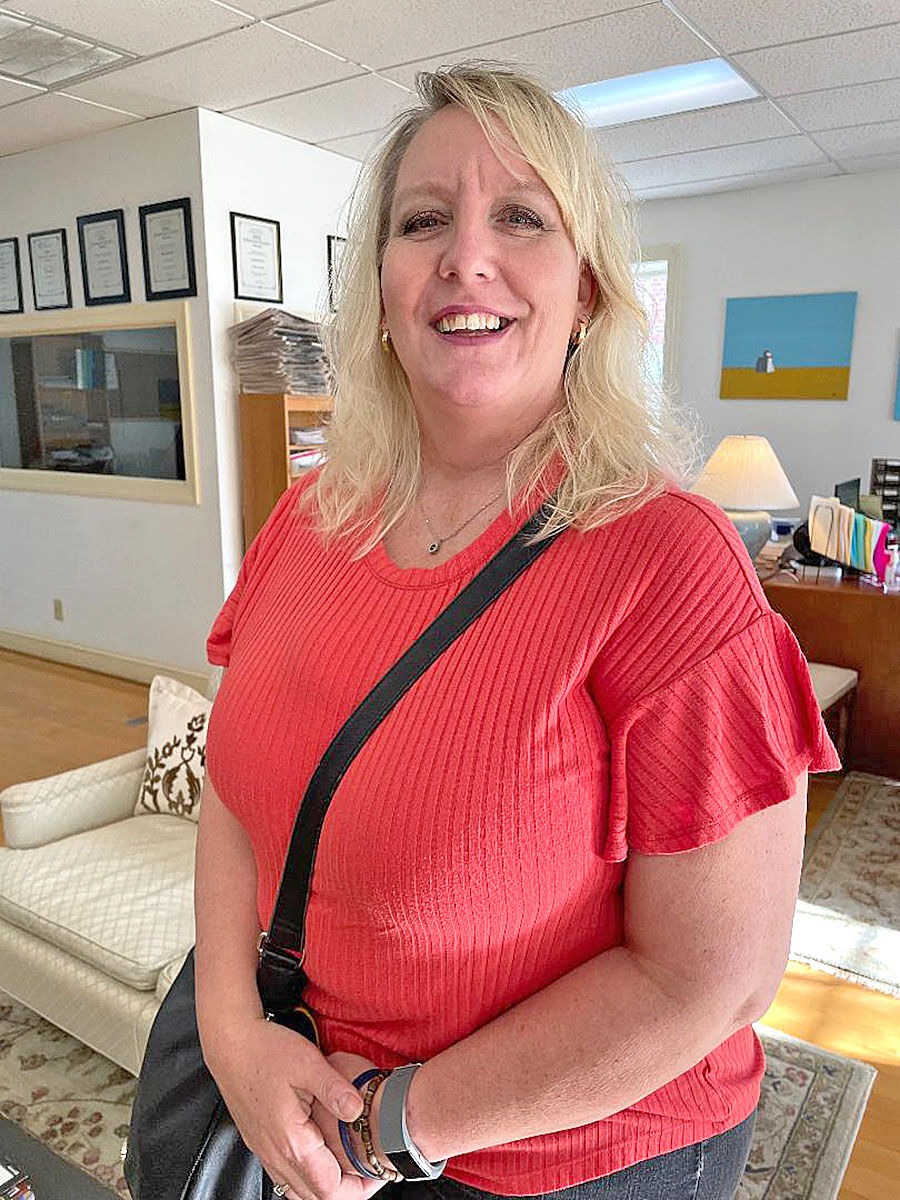 Jennifer Wilson's entry for the 2019 National Gingerbread competition. It qualified for the top 10.

Jennifer Wilson’s entry for the 2016 National Gingerbread competition. It qualified for the top 10.

The homes of people’s dreams come in all sorts of sizes and styles. Imagine a modern mountain home, with giant windows and panoramic views. Maybe a fully renovated historic farmhouse, with a wraparound rocking-chair porch. Or, perhaps a hip, industrial-style loft apartment in the downtown of a big city.

Jennifer Wilson’s dream homes are typically two to three feet tall, are sometimes in the trunk of a tree, maybe in a clock, or are occupied by birds and snails and tiny people.

“I dream in gingerbread,” said the Efland native, who now lives in Burlington. “I dream of gingerbread. It’s totally a sickness.”

Wilson may joke about her obsession, but the stuff of which her dreams are made just paid off. She and her sister, Jackie Fullmer, won first place on the Food Network’s Holiday Baking Championship: Gingerbread Showdown. First prize was $10,000 worth of groceries, which the sisters will evenly split.

Wilson has been working in gingerbread for 15 years, and teams with her husband, Todd, to compete in national contests. The duo, known as Team Gingerhorse, has made the top 10 in four of the six years they have competed at the national level.

Wilson’s efforts at the nationals and being in the Ginger Friends Facebook group grabbed the attention of the folks at Food Network. In fact, Wilson, who, along with her two sisters learned to bake from her mother, was set to appear a year ago, on a cookie competition show that was to take place in New Orleans. Wilson was flown to the Big Easy for the contest, but a crew member tested positive for Covid-19, and the show was cancelled.

She was disappointed, but the opportunity was not completely lost. “Those who had been sent home, who didn’t get to film, received private messages (from Food Network) asking, ‘Why don’t you try to sign up for this gingerbread house competition this year?’” Wilson said.

Once her application was in and accepted, the process of interviews to narrow the field of applicants began. The show contacted Wilson to inform her that she had been chosen to be on the Holiday Baking Championship: Gingerbread Showdown that was being shot in Knoxville, Tenn.

To its credit, the show revealed the theme of the contest so teams could begin brainstorming ideas and making materials to bring for the show. The rules dictated the creation had to be 90 percent edible, 10 percent inedible, but 70 percent must be gingerbread. Wilson said these standards differed from the ones at the national competition level, where 100 percent of the gingerbread house must be edible. Wilson also said she uses what she calls “construction-grade gingerbread,” where she leaves out certain “wet” ingredients. Her gingerbread is edible when it’s being mixed, but could break your teeth after it’s baked. Her favorite bonding agent is dried gum arabic powder mixed with water.

The theme was “Hangin’ With My Gnomies At the Holidays.” Once on the set, contestants were given a studio tour and interviews were done for the first day. The actual contest and kitchen work was recorded, and then the post-competition interviews were shot. The whole process took place over four days in late May.

Wilson and her sister’s winning creation was an island paradise, with palm trees, a lagoon with a boat. A house is built into the mountain at two levels. There is a gnome laying out in the sun; one in the boat; and one on the upper level looking through a telescope.

The show aired Dec. 13, which meant the bakers had to keep the results secret for more than six months. Wilson said that wasn’t an easy task, but the show’s producers were adamant about not revealing details about the episode. Even photos of the gingerbread projects were not allowed.

Wilson, who is a veterinary technician at Burlington Animal Services in Burlington, said her co-workers tried hard to get information out of her, but she held strong. When the episode was broadcast, the staff watched the show together. When the winner was announced, Wilson’s co-workers “went crazy.”

It was her first major victory, and one she hopes will lead to other opportunities, including commission work for businesses or private customers. Wilson said years ago, she won a gingerbread house contest in Hillsborough. She also once baked a cake that won first place at the N.C. State Fair.

Wilson is now planning for the 2022 National Gingerbread competition. “I have three ideas. Now we have to see which comes to fruition.”