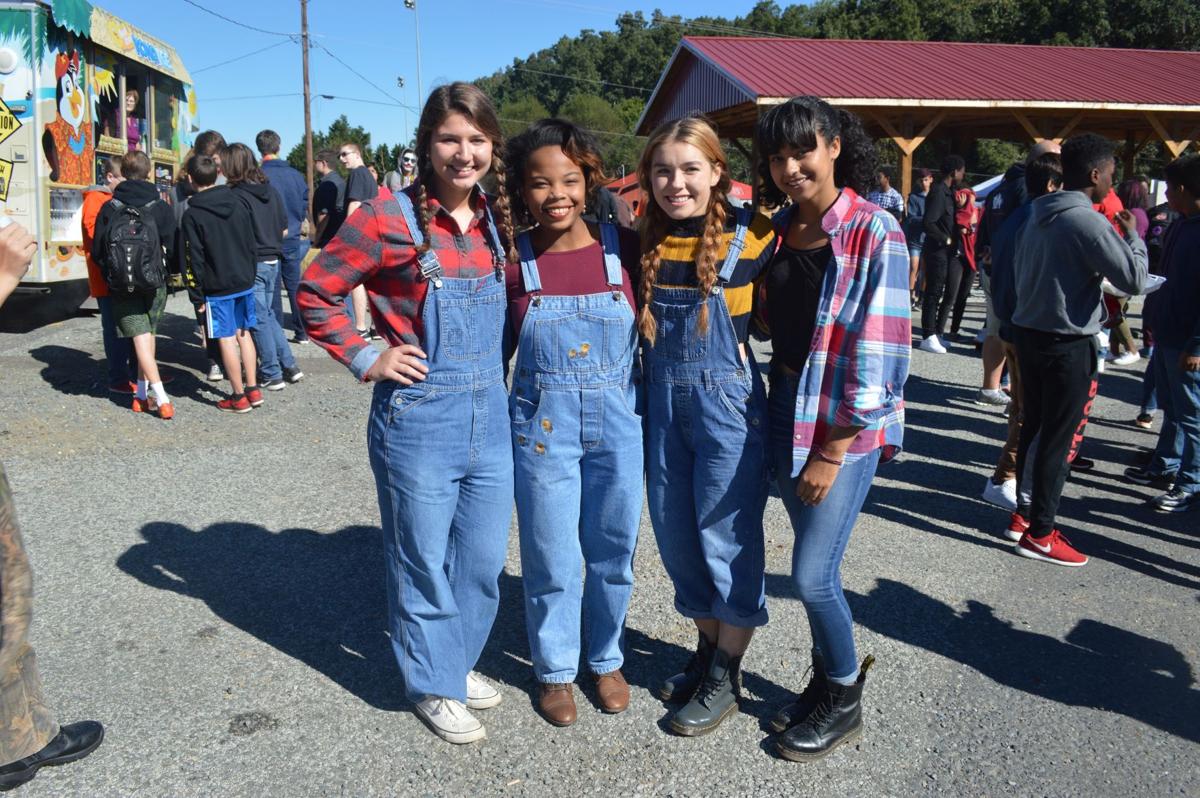 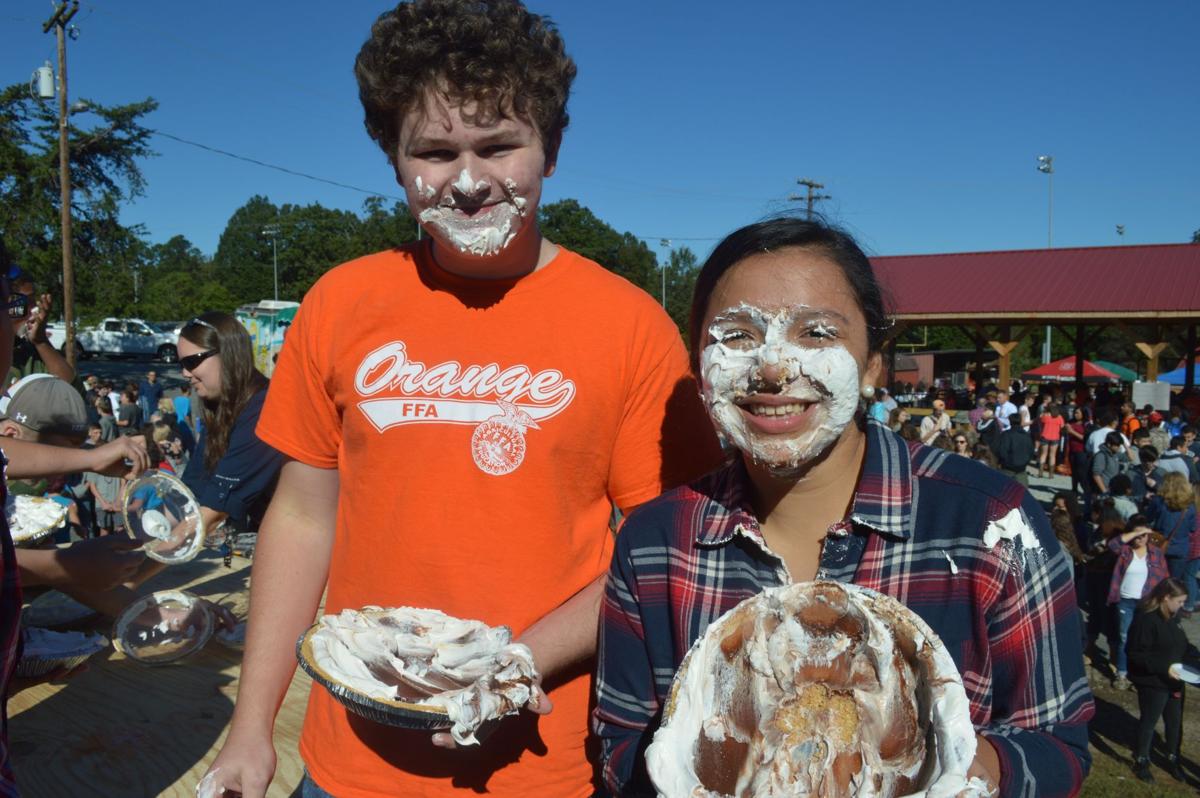 “It’s kind of known as Orange’s holiday,” Hunter Hall, Future Farmers of America [FFA] Chapter President said. “It’s really just a day to have fun, learn about Ag and for the Ag students [to] bring in livestock or other projects to educate the rest of the school about how agriculture has been in their lives.”

Ag classes, including animal sciences, ag production, ag mechanics, biotechnology and agroscience, helped plan this day, as well as many of those students being a part of FFA. FFA has 11 chapter officers who represent the chapter and four advisers, who are usually teachers.

“A lot of the population, especially in this part of the state, they’re at least three generations removed from a farm,” said Cole Watkins, Animal Sciences Teacher at Orange High School. “So a lot of these students have no idea where their food comes from or the importance of agriculture. This is a good day to show the rest of the school, basically what it’s all about.”

Teachers, administrators, coaches, community members and around 60 volunteers could be seen mingling and socializing in the crowds of students. On Ag Day, there is virtually no division between teachers and students, as they are all enjoying the same things.

“I think it’s great that we’re able to kind of build that community–school relationship and get folks involved with what’s going on here at school,” Eric Yarbrough, Orange High School Principal said. This was his first Ag Day.

“The community gets really, really involved with this because of the tradition behind it,” Watkins said. “This basically started back when Orange High School started, and the community was a part of it when they were in school and they want to help these students have that same experience.”

Throughout the day there were competitions and events, such as a pie eating, chainsaw, welding and cooking contests. Students were able to show off the animals they have helped take care of and raise. Many student organizations had tables set up to sell baked goods and other items and services, like the cheerleading squad offering hair spray for $2, with proceeds going to breast cancer research.

“Ag Day is for the kids to have a good time. Because as stressful as school is nowadays, they need a good time,” Watkins said. “And secondly, that they take something out of this as far as the importance of Ag.”

Ag Day is always on the minds of FFA and Ag students. “As soon as Ag Day is over, we’re like, ‘What are we going to do next year?’” Hall said.

They begin planning in the summer and as the date approaches, teachers and students come together to build this day.

“I think it’s great to take what they learn in the classroom and bring it here,” Yarbrough said. “They can see the the farm equipment and the animals, things that some of our kids don’t get to see or interact with on a daily basis. It kind of makes things real for them.”

Vaughn Compton, Orange High School alumni with The Class of 1972, has attended almost every Ag Day for the past 25 to 30 years.

“The thing that kept us going the most has been getting the whole school involved,” he said. “Ten to fifteen years ago it used to be only an Ag student thing. When we got everyone involved, then everybody bought into it.

He added, “We feel like we’re supported  in everything that we do,” as he noted the school board members and the superintendent walking around and being involved in the day’s activities.

Yarbrough, Watkins and Compton all noted the “great food,” being prepared by students and volunteers.

Students in Ag mechanics classes welded their own grills in class to prepare for the cook-off, comprised of 10 teams. Students were cooking potatoes, pork, chicken, wings and other food.

“I would have to say that as a student, my favorite part was the cooking contest. As a freshman I won that contest,” Watkins, teacher and alumni, said. “At that point in time it was only chicken. They gave you a whole chicken and you were judged on how well you prepared it.”

Caroline Compton, a junior, is the reigning cook-off champion from last year. Joining her this year cooking pork chops, potatoes and ribs, were juniors, Owen Merritt and Brandon Carden.

“We have to defend the title,” Carden said.