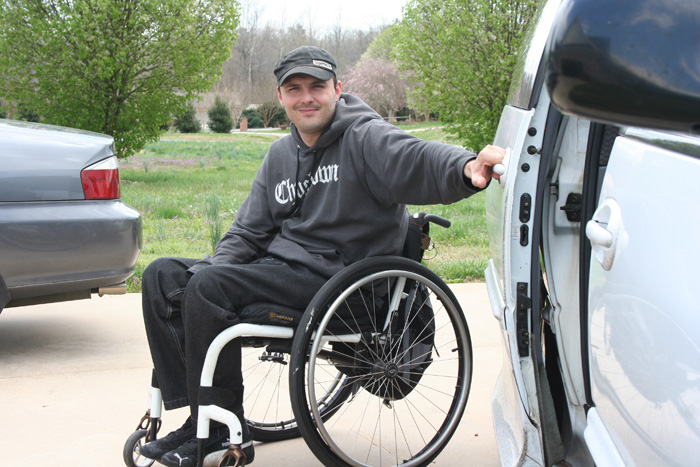 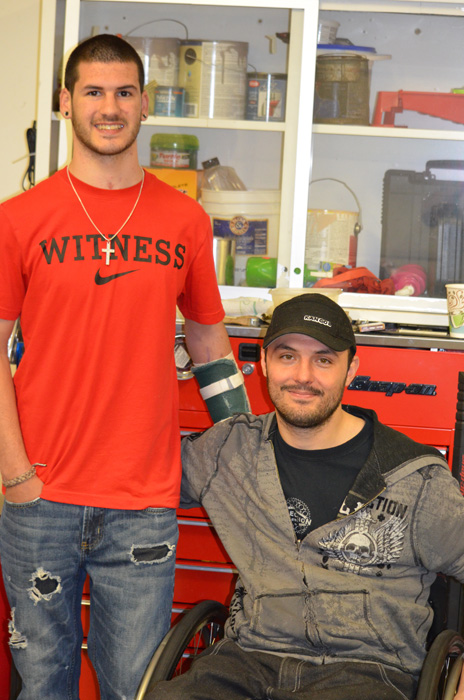 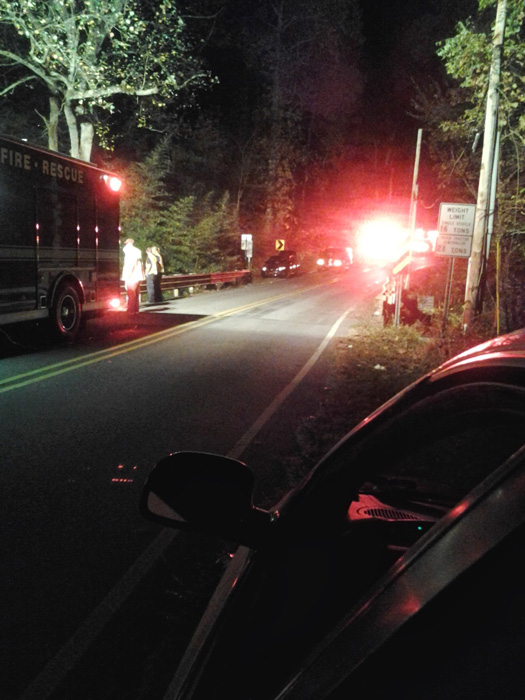 There are moments in life that often force people to define themselves.

It was just a moment, one minute to be exact, that Erik Fugunt of Mebane slipped off his headphones only to hear the sounds of a near-fatal car crash shatter the stillness of the early morning hours. It was what he did after he heard the crash that has people labeling him as a hero.

Fugunt has faced a lot of defining moments in his life. Three years ago he was paralyzed from the waist down in a motorcycle accident but has managed to overcome day-to-day challenges of being a paraplegic, even defying odds by having a family.

But now Fugunt is in the spotlight for saving the life of another man, a deed that has put him in a contest to win a vehicle he desperately needs.

October 6 had been a long night for Fugunt. He had been up working on an ornery Honda Outboard engine to bring in some extra money for his young family. He was tossing away some trash when he heard the chilling noise.

Fugunt likened the sound of the collision to that of a rally car race. He could hear the consecutive tumble of the vehicle as it crashed.

Fugunt instinctively reacted. After waking his wife and telling her of what he heard, he got into his van and drove around searching for the wreck.

After surveying area roads, he noticed something unusual on a thoroughfare more than a mile from his home.

“I got to where Jim Minor [Road] intersects with Turner Road, there’s a real sharp turn there and a bridge, and they have a bunch of those emergency turn, caution signs,” he said. “I knew there were three of them because I had traveled that road many times. As I drove by them, I noticed one of them was missing. … I saw the sign smashed down over the embankment.”

After contacting 911, Fugunt watched as emergency crews searched for the vehicle near the embankment as well as the neighboring creek. The search went on for approximately 30 minutes, but responders found nothing and suggested the person may have driven off after striking the sign.

In a last-ditch effort to locate a vehicle, an officer searched the creek area and noticed debris on the opposite bank. Soon after, he located the car—with driver Brandon Jeffries inside—on the other side of the bridge from where crews were searching. The car had flown some 100 feet from the roadway, clearing the creek and landing in a thick patch of bamboo that completely concealed it from sight.

“Judging by how bad he was banged up and that he wasn’t showing signs of consciousness, I really wasn’t expecting him to survive,” Fugunt said.

Jeffries was suffering from severe head trauma, and his right arm had an acute compound fracture.

“We had no idea what to expect,” Gwen Jeffries said, recalling the first moments in the hospital after her son had been brought in. “It didn’t look good.”

It was during that time of limbo that Gwen Jeffries was told by a relative she needed to talk to the young man in a wheelchair waiting nearby.

“It threw me back; I was so unprepared for it,” she said about Fugunt’s story. “I told him, ‘It must have been a God thing.’ ”

Six months after the accident, Brandon Jeffries is still healing from his injuries and making progress in occupational, speech and physical therapies. The 20-year-old will have his seventh surgery on his arm in the upcoming months.

In October when she first met Fugunt, all Gwen Jeffries could say was thank you, but she knew her family would eventually reach out and help Fugunt in some way to show their appreciation down the road.

“I had no idea what that would be, and as the story unfolds, this is one of these things we could help him with,” she said. “… What he did was beyond what you could say or do or buy. We will continue to show how much we truly appreciate what he did. How do you thank somebody for saving your child’s life?”

In March, Fugunt’s mother, Jacqueline Dunkle, entered him into the National Mobility Equipment Dealers Association’s National Mobility Awareness Month contest. The winners of the competition, which is based on votes, receive a new custom wheelchair-accessible vehicle.

Fugunt currently drives an unreliable 15-year-old wheelchair-accessible van that oftentimes does not start, and the automatic door and ramp are known to get stuck or not work at all.

When Dunkle asked the Jeffries to help with the video submission for the contest, they jumped at the chance to give back to Fugunt.

“I think [he deserves to win] not just because solely of the accident and that he saved my son’s life,” Gwen Jeffries said. “All of the issues he’s having with the vehicle. I just feel like he’s just got the strongest drive, and he’s a very, very compassionate young man. … He is a hero. He’s just a very special young man who I commend for his tenacity and his drive.”

To register to vote for Erik Fugunt in the NMEDA’s National Mobility Awareness Month contest, go to www.mobilityawarenessmonth.com/entrant/erik-fugunt-mebane-nc